Our team have the specialised skills to provide a wide range of dental services.

We constantly seek to embrace new ideas and new technologies – once they have gained clinical acceptance – in order to ensure that our patients receive the best possible care.

All our dental professionals are registered with the GDC 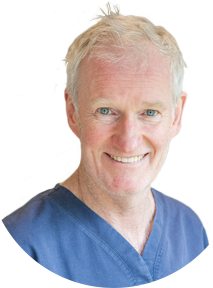 Greg is the Clinical Director of the practice, a Specialist Prosthodontist and has been a Clinical Lecturer in Restorative Dentistry at the UCL Eastman Dental Institute since 1996.

Greg graduated from the University of Queensland, Australia in 1982 and moved to the UK in 1984. In 1996 he completed his MSc in Conservative Dentistry and since then has lectured extensively, both in the UK and abroad. He is registered with the General Dental Council as a Specialist Prosthodontist.

He teaches several UCL Eastman courses and in 2011, co-launched their programme on Microdentistry.

He tutors on Aesthetics Dentistry and Sports Dentistry programmes in the UK and abroad.

Finn Dental Specialists was founded by Greg and now operates from his former home. 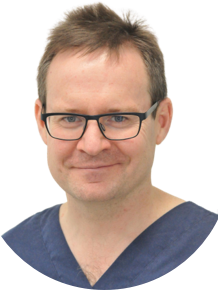 Eoin (pronounced “Owen”) is both an Implant Surgeon and Specialist Prosthodontist. He graduated with Honours from Trinity College, Dublin in 1991.

After four years in general practice, he started his specialist training at the UCL Eastman Dental Institute, gaining an MSc in Conservation Dentistry, with distinction.

Having qualified, he was invited to become a Clinical Lecturer, responsible for teaching implant dentistry – and has held the post ever since.

He’s a member of the Royal College of Surgeons and in recognition of his achievements, he was appointed a Fellow of the International Team for Implantology in 2011. He’s the Education Director of the Foundation in Implant Dentistry (FID) and lectures both nationally and internationally.

Eoin and Greg have worked together for more than a decade.

Eoin is registered with the General Dental Council as a Specialist Prosthodontist. 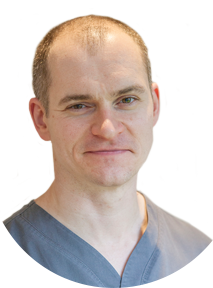 Guy is passionate about beautiful, long lasting, pain free dentistry. He aims to understand his patients’ problems, discuss the possible solutions and deliver the right outcome for them as best he can.

He has a keen eye for detail and is one of the fussiest dentists you will ever be treated by when it comes to the quality of your work.

He is an expert in rebuilding and replacing teeth and is recognised as a specialist Prosthodontist by the General Dental Council.

Guy has been with the practice since 2009 and lives nearby in West Wickham.

He graduated from the University of Manchester back in 2002 and studied for 4 years to achieve a Master of Clinical Dentistry degree in Prosthodontics at UCL Eastman Dental Institute.

He enjoys passing his knowledge and experience to the next generation of dentists by teaching on Fridays at King’s College, London. 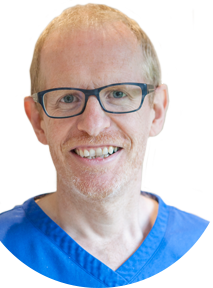 Alex is a Specialist Endodontist and joined our practice in April 2016.  He graduated from the Glasgow University Dental School in 1997, working in general dental practice for 10 years before spending two working with children and adults with special needs at Kings College Dental Institute.

He gained an MSc in endodontics in 2008 with a distinction at the Eastman Institute,  followed by a Membership in Endodontics from the Royal College of Surgeons of Edinburgh.

Alex continues to work and teach at the Eastman, managing patients with complex endodontic problems and is an examiner for the MSc MClinDent and specialist training programmes.

Alex is registered with the General Dental Council as a Specialist Endodontist. 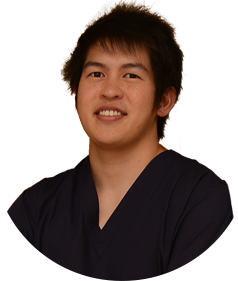 Jason joined our practice in June 2019. He graduated, with honours from the King’s College, London, Dental Institute in 2011. Since 2016 he has been studying at the UCL Eastman Dental Institute for the MClinDent in Periodontology.

Since qualifying, Jason has worked in General Practice and prior to starting his MClinDent course returned to King’s as a part time clinical teacher. Before joining Finn Dental Specialists and concurrently with his final year of specialist training, he has been providing comprehensive periodontal care with a team of 5 hygienists at a general practice in Woodford, Essex. 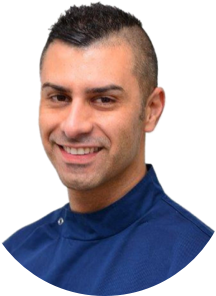 Nick qualified in 2013 from King’s College Hospital with a Diploma in Dental Hygiene and Dental Therapy. He also received the Tutors’ Award 2013, KCH Hygiene and Therapy Department.

But he wasn’t always a dentist – he’d spent 11 years in advertising before retraining and coming into dentistry.

Prior to that, he gained a degree in French and German from St Catherine’s College, Oxford.

Nick has a particular talent for putting nervous and phobic patients at their ease and is keen to help patients who want to give up smoking too.

Since qualifying, Nick has undertaken several teaching roles both of fellow hygienists and dental nurses too.

He’s a published author, in the management of patients with Crohn’s and Ulcerative Colitis. 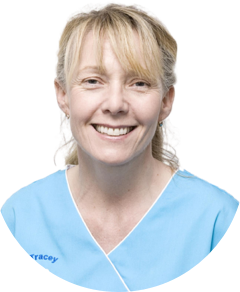 Tracey started her professional career as a dental nurse progressing to a senior nursing position at Kings College Hospital, London.

She then trained as a dental hygienist, and qualified in 1994. Since then, Tracey has worked in prestigious teaching hospitals both in the UK and for four years in Australia, implementing training programmes for dental hygienists.

We feel very lucky to have Tracey on our excellent team. She has a reassuring and welcoming nature that calms even the most nervous patient. 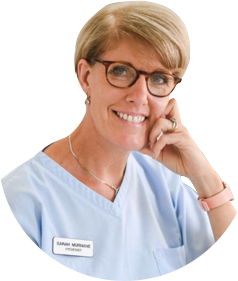 Sarah is a hygienist and qualified from Guy’s Dental Hospital in 1992. She continued to work there for two more years as Staff Hygienist, then worked within Community Dentistry.

Having been settled into General Practice for some years, she continues to further her education by attending courses and lectures to grow her skills.
Gum disease, diagnosing, and its treatment take up most of Sarah’s working day, and she equally enjoys tooth whitening using the Zoom! system.

Using the Airflow system more recently has made exciting changes in patient appointments.

Away from work, Sarah enjoys spending time with her two adult sons, she attends yoga workshops and retreats, and can be found ploughing up and down the swimming pool twice a week!

She’s with us on Tuesdays. 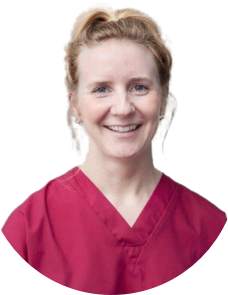 Kerry Ann joined us as a Dental Nurse in November 2011 and has over 11 years experience. She is quiet, caring and very perceptive. She takes pride in being able to look after each of our patients in the ways that suit them best. 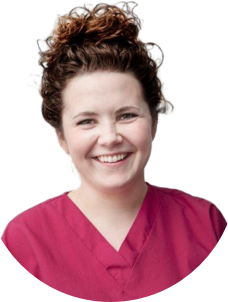 Jo joined us as a Dental Nurse in February 2012 and has over 4 years’ experience. She has a certificate awarded for the SAAD Dental Nurses National Course in Conscious Sedation. Jo is bright, extroverted, efficient and capable. 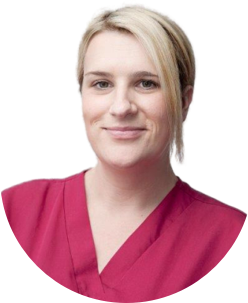 Michelle joined our team of nurses in November 2015 with 12 years dental nursing experience. She has a warm, friendly approach particularly when dealing with nervous patients. 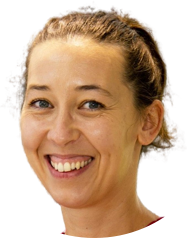 Agnieszka joined us in September 2017. She has 12 years experience and is a highly efficient dental nurse with a gentle and caring approach. She is highly regarded by our patients. 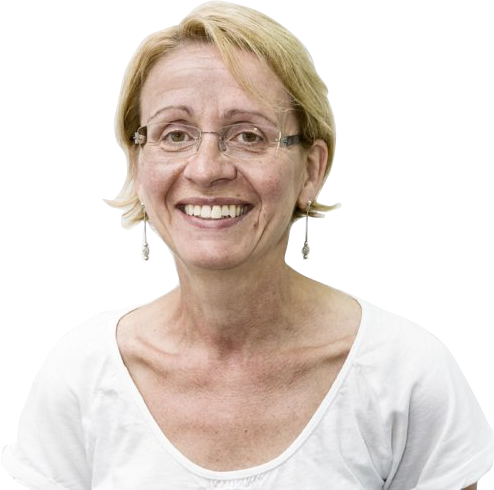 Joanne joined us in October 2009 and undertakes a variety of administrative and accounting tasks on a part time basis. 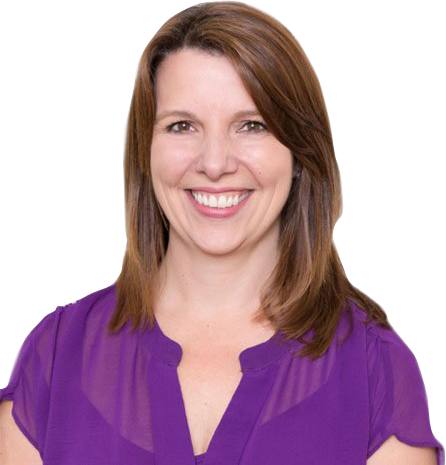 Kathryn has returned to the practice and is now liaising with our referring dentists as well as helping to market the practice. She will also help Greg run CPD courses for local general dentists. 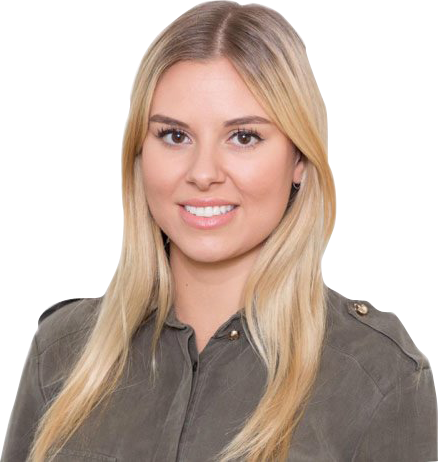 Sophie joined us in July 2017 as our receptionist. As she is also an excellent dental nurse, you will also sometimes see her working alongside our specialists. 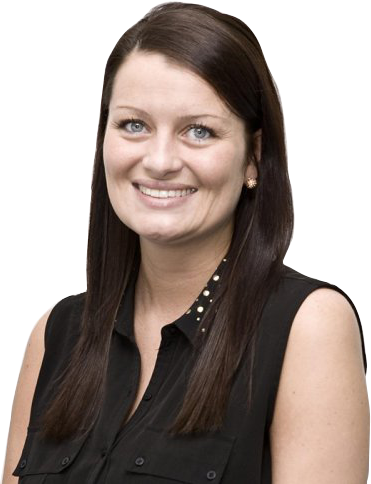 Haley joined us in December 2009 as a Dental Nurse but preferred looking after reception. She also does all of the secretarial work for the dentists and is warm and welcoming to all of our patients.